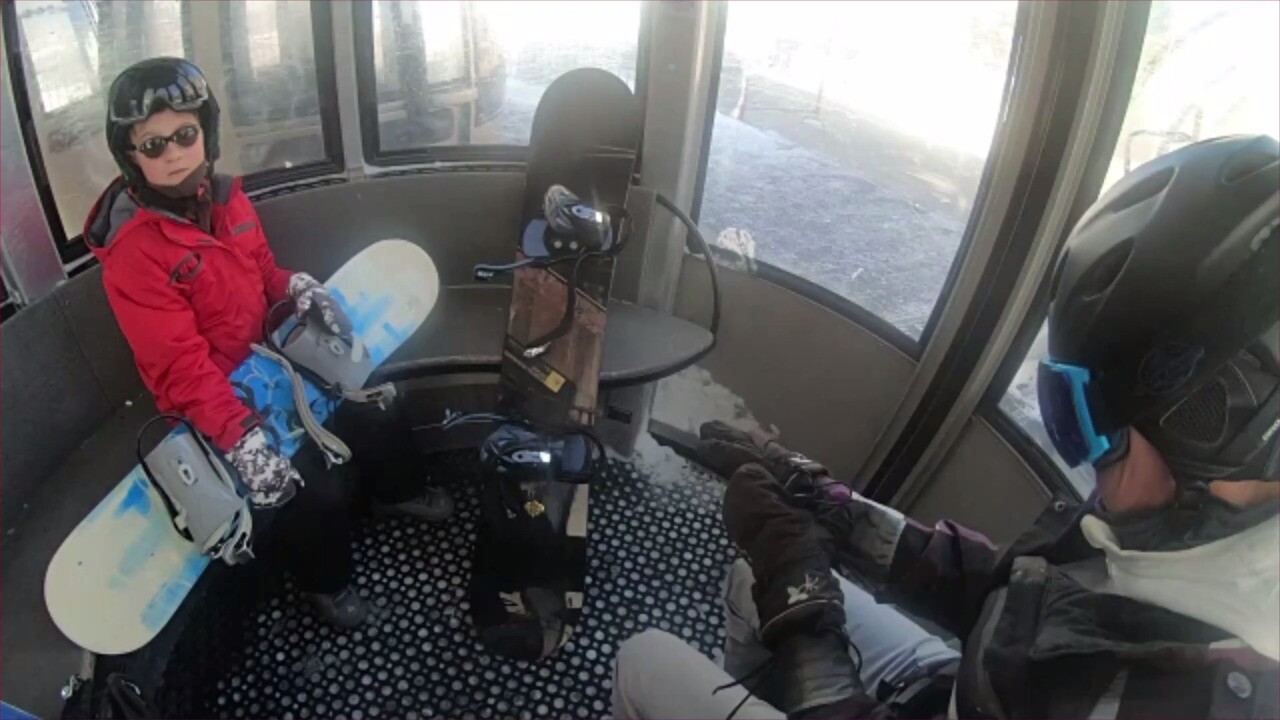 In the summer, it was easy to spread out the tables on Mountain Tap Brewery‘s large patio and prop open the building’s garage doors. But even with heaters and firepits, the patio would be a tough sell during the icy evening temperatures and frequent snowstorms in this Colorado ski town famous for its “champagne powder.”

But even in a mountain town, used ski gondolas are hard to come by.

Lucky for the Tucciarones and other struggling restaurant owners across the country, one woman had been buying up entire fleets of used ski gondolas over the last few years, mostly on a whim, in the hopes of someday upcycling them into something else. ADVERTISING

The pandemic became that someday. Dominique Bastien owns The Gondola Shop, a small gondola refurbishment and repair shop with seven employees in Fruita, Colorado—and an unlikely star during the coronavirus pandemic. As summer turned to fall, with no end to indoor dining restrictions in sight in many parts of the country, Bastien and her team began converting old ski gondolas into novel, pandemic-safe, private dining spaces for panicked restaurant owners wondering how they were going to stay in business over the winter.

Mountain Tap Brewery installed three of Bastien’s gondolas, which can each comfortably seat six adults and are available by reservation, on the patio in November. They’ve been booked ever since.

“The gondolas have saved us this winter for sure,” said Wendy Tucciarone.

Like yurts, greenhouses, tents, igloos, and other pandemic pivots, ski gondolas are allowing restaurants to expand their seating and offer comfortable outdoor dining accommodations during the winter while adhering to local regulations intended to help prevent the spread of the virus. Each gondola can typically hold between four and six adults who, in theory, are all members of the same household or pandemic pod. Many restaurants are blocking off 20 to 30 minutes between seatings to sanitize, clean, and air out the gondolas, which are often equipped with lights, heaters, and Bluetooth speakers.

The Gondola Shop is a spinoff of Bastien’s regular trade, which is polishing and repainting ski gondolas that are still in use at ski resorts around the globe. (Gondola windows and doors are typically plexiglass, which gets scratched, graffitied, dirty, and cloudy over time—Bastien says she runs the only company in the world, Sunshine Polishing Technology, that contracts with ski resorts to polish their in-service gondolas.)

Bastien’s gondola maintenance work typically slows down in January and February, when ski resorts are operating at full blast. So three years ago, when she heard that Vermont’s Killington Resort was replacing 55 older gondola cars, she took a huge risk and offered to buy them all.

A year later, she bought 95 gondola cars from nearby Steamboat Resort.

“I don’t know what came to my mind,” said Bastien. “I had nothing in mind really.”

Over the course of her 20-plus years in the gondola polishing business, Bastien occasionally heard from one-off homeowners who wanted a refurbished gondola for their backyard or event planners who wanted a gondola to help set an après-ski scene. She figured there might be broader demand for repurposed gondolas, which she and her staff could work on during their down months. They experimented with converting them into saunas and dog houses, but mostly, the 150 or so gondola cars sat in a field near her shop.

Then, the pandemic hit. In the blink of an eye, Bastien lost all of her gondola polishing contracts as ski resorts closed early for the season in March.

“I was slowly planning to go bankrupt—no joke,” she said.

In September, Bastien’s phone rang. The Town of Mountain Village near Telluride, Colorado, wanted Bastien to repurpose five gondola cars into private dining spaces that could be shared among the 12 restaurants at the base of Telluride Ski Resort. Within two weeks, they upped their order to 25.

Bastien and her team got to work, frantically tackling a year’s worth of work in four months. They learned as they went, sometimes calling their vast network of ski area lift maintenance technicians for questions and troubleshooting.

The Gondola Shop delivered on its promise, and the Town of Mountain Village opened 25 private dining cars ahead of the Christmas rush. The picturesque gondolas quickly garnered attention on social media and in the press—and then Bastien’s phone and email really began to blow up.

Bastien offers gondolas in various conditions. Some restaurants buy them as-is for around $4,800 and just stick a table inside. (Bastien doesn’t recommend this practice but is happy to accommodate. “It smells like 30 years of use when you open the door,” she said.)

For others, Bastien’s team will fully disassemble, clean, sandblast, fix, repaint, reupholster, and generally spiff up the gondolas to the restaurant’s specifications, a process that takes five or six weeks and costs between $15,000 to $20,000. She also rents fully refurbished gondola dining cars for around $500 a month.

Though the last six months have been chaotic, Bastien says she’s just happy to be busy doing something that matters—and may ultimately help some restaurants stay in business—during the pandemic.

“It just got crazy,” she said. “Things turned out really weirdly but really well.”

Just outside of Cleveland, five après-ski-themed gondola cars are helping restaurateur John Owen keep the lights on at Rocky River Wine Bar and Market, two of the seven restaurants he owns in the region.

Owen invested heavily in the outdoor dining spaces at both restaurants to keep his staff working and safe (servers pass food and beverages through the gondolas’ open windows), but also because he believes many people will be uncomfortable dining indoors for the foreseeable future. He also views the gondolas as an investment in public relations and marketing—they’re popular on TikTok and Instagram.

“It’s allowed us to stay relevant and busy, enough to allow all of our employees to stay employed and not lose shifts—because when you lose seats inside (the restaurant), you have to lose staff,” he said.

Restaurant owner George Eder is counting on a surge of pent-up demand this spring and summer, and he believes the two gondolas he rented from Bastien will help his restaurant Pizza Republica get by until then. But more than anything, they offer a tiny glimmer of what dining out used to feel like, before the pandemic.

“It’s fun to see people’s faces,” he said. “If somebody cancels, it’s, ‘Oh, I can get a gondola.’ They get excited. And that’s what’s missing right now from restaurants is that little bit of joy.”